In 1952 Paul Croset and Brian Holmes formed a new company. Brian Holmes thought that the company's name should derive from the family names of HOLmes and CroSET. So, on March 29, 1952 'HOLSET' was incorporated as a limited company and a wholly owned subsidiary of B.H.D. Engineers Ltd. of England.

Holset Engineering was deeply involved in the design and manufacture of various heavy-duty engine components such as vibration dampers and couplings. The 1950s saw a rapid rise of turbocharging around the world on commercial diesel engines and in 1954 Holset took a license from Dr. Alfred Buechi to manufacture his turbocharger design. Around 1957, Louis Schwitzer's company in Indianapolis, Indiana had developed a small lightweight turbocharger and a close association and licensee agreement between Holset and Schwitzer followed. Holset designed and manufactured turbochargers for the European market where Schwitzer did not have manufacturing facilities at the time. By 1973 Holset's one-millionth turbocharger came off the assembly line.

Today Holset is known as Cummins Turbo Technologies. While the name is relatively new, Holset has been a part of the Cummins Engine Company family for over 30 years now. Holset is a world leader in turbocharger technology and Holset turbochargers are an important element in the Cummins brand engine success throughout the world. But Holset brand turbochargers are applied to many commercial applications beyond Cummins brand engines, and include major names such as Volvo, Iveco, Detroit Diesel, and Scaniaamong others. Find out why Genuine is better, Click here.

Holset's engineers are very familiar with racing and performance. There assistance in the turbocharger used on the Banks land speed record setting truck "Sidewinder" is but one example.

Holset's current state-of-the-art Turbos are the 'X-Range" family. From the HX20 for engines of up to 4 liters in displacement, to the HX83 suitable for engines as large as 25 liters, these turbochargers carry advanced design features that include better aerodynamics, improved durability, 'map width enhancement', and sound suppression. Holset also boasts a patented variable geometry turbine design they believe will surpass traditional designs in long-term durability. This new variable geometry design is utilized on the 2007 Dodge-Cummins turbo diesel Pick up truck.

Cummins Turbo Technologies' headquarters is in Huddersfield, England, while their U.S. based headquarters is located in Memphis Tennessee. There are six manufacturing plants located around the world including the USA, Brazil, the United Kingdom, China, and India. The newest plant just opened in 2006 in Charleston, South Carolina with a manufacturing capacity of 200,000 units per year to support the growing demand for turbochargers in North America. 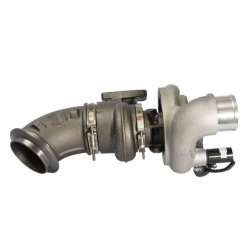 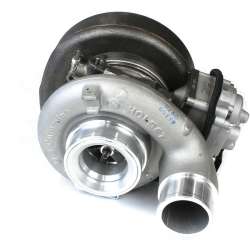 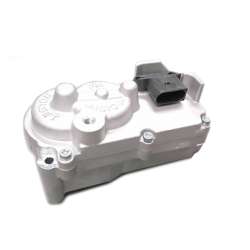 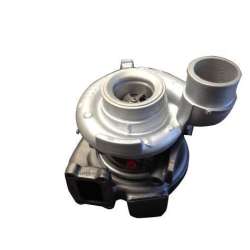 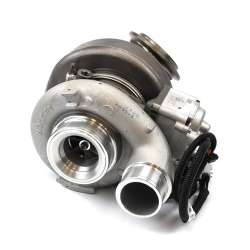