The 2005 Ford Super Duty came out with a few cool options, and one of the best option ford gave new customers are these Upfitter switches.  They give you 4 relays and switches ready to power almost anything from additional lights to salt machines.  If you purchased your truck off the lot, these may have been overlooked in the order, or if you ordered, you may have not even known these were available.  But no worry, this is a plug and play system that takes 20 minutes to install.  I will admit, it took me over an hour to complete, but I was looking for the place the fuse box was mounted.  Once I figured that out, it was a snap, and the good news is that I will show you where everything goes, so you will not have to look!

These switches will also be easily added to any vehicle.  You would simply cut the plug off the end that goes into the fuse panel and supply power to the six wires.  The 4 switches would also fit into a simple bracket to be mounted almost anywhere. 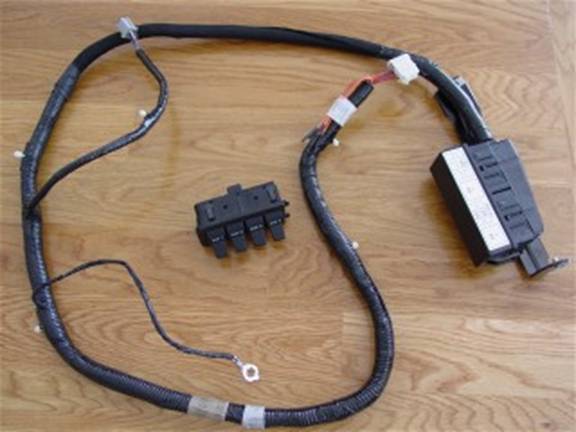 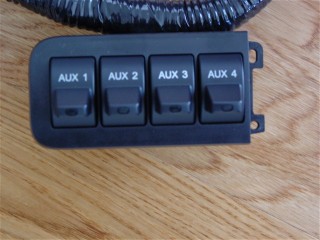 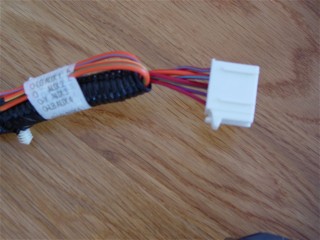 The above pictures show the harness with the fuse box.  the first plug from the fuse box plugs into the switches, the next tail is for the ground, and the last plug fits into the 2005 fuse panel.  The plug for the fuse panel is simply a power attachment, and could be powered by anything in older vehicles. 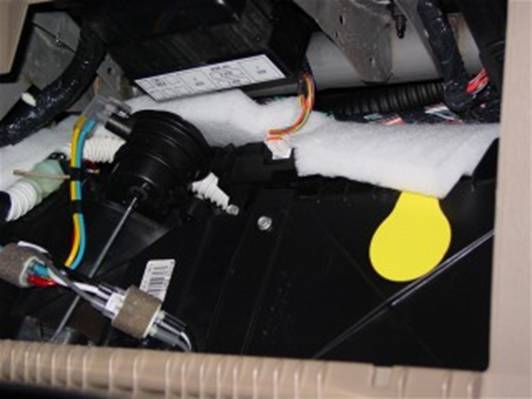 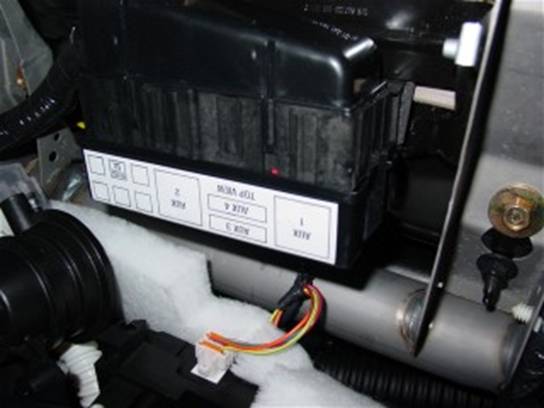 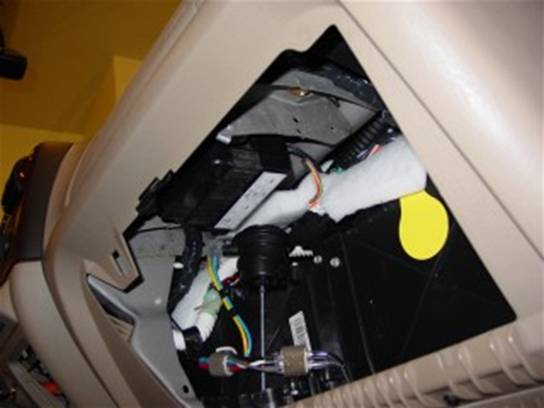 The glove boxes are opened fully by squeezing the tabs on the upper part and lowering it down. Starting at the passenger side glove box, fish the wires through to the fuse panel on the driver’s side.  Be extremely careful not to get in the way of the drivers side glove box.  There is plenty of wire, so tuck it away as far as possible.  Then mount the fuse panel in the ford pre drilled holes. 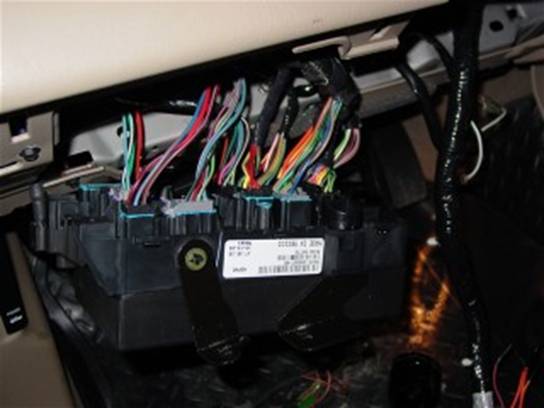 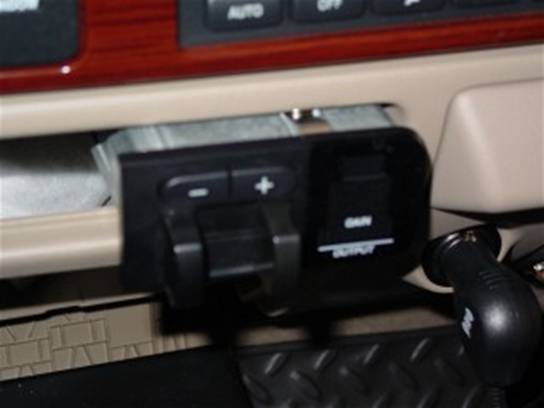 My truck had a tray next to the brake controller that was easily removed by pushing in on he plastic tabs on the bottom.  The brake controller has metal tabs and just needs a sharp push from the back, and it pops out of the dash.  Make sure to attach the plug to the switches before installing them in their slot, there is not a lot of room behind them, and the plastic tabs grab hard, and would not be easy to remove.  Attach the ground to one of the other grounds under the dash, then poll the fuse box out by removing the 4 bolts holding it in place.  The plug goes right in the center of the back.  If you have anything to hook up to the switches, or if you wanted to extend the powered wires so you would not have to remove the fuse box to hook accessories up, now would be a good time.  The wires correspond to the switches as follows:

To finish up, you just replace the fuse box, and bolt it up with the 4 bolts, then replace all covers removed.  Before doing that I proceeded to hook up aux #4 for high idle.

Pull the black end off the orange/light blue wire (or wire for chosen switch) and strip off 1/4" of the insulation.  Cut a 6" wire (14ga. or 16 ga.) and strip 1/4" of the insulation off both ends.  Crimp one end of one butt connector to this wire and the other to the orange/light blue wire.  Crimp another butt connector to the other end of the 6" wire and locate the SEIC/CASC wire bundle (about 12 wires with black ends).  These wires are located above the top of the parking brake pedal (approximately 6" below the AUX wires).

Here you have 2 choices.  You can use the solid orange wire, which enables the PTO and will lock your torque converter and raise idle to 1200 rpm's, or you can use the purple/light green wire that will raise idle to 1200rpm's and vary the idle up to 2400 rpm's for battery charging.  Since most of us would never need to charge the batteries at over 1200 rpm's, I chose the purple/light green wire so the tranny was not effected.  Strip 1/4" of the insulation and attach this to the end of the butt connector attached to the 6" hookup wire.

Replace the fuse box, and you are done.

The following are required to enable high idle:

Normal idling is at 1200 rpm's with all normal truck options going.